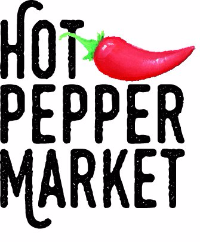 Based in Concord, California, Hot Pepper Market uses all natural products, no preservatives and the best Chili peppers on the market. Born from the mind of Kathleen Peluffo, who grew up making jams and learned to master the kitchen alongside her mother and grandmother who own a restaurant and Jean-Paul Peluffo, a Master Chef from Nice, France.

JeanPaul Peluffo
Originally from Nice, France, JeanPaul is a Chef by profession. He enjoys all cultures and blending flavors is his trademark. From the south of France, to tiny villages on the Ivory Coast of Africa to America, JeanPaul has always mixed local fresh foods with a spice native to the region. He has found that peppers manage to be center stage in most countries. Whether the peppers are hot or sweet, they are clearly a favorite around the globe. He became fascinated with the hot and sweet pepper jam idea and began embellishing on the concept. Jean Paul plays an important role in creating new flavors alongside Kathleen.

Kathleen Peluffo
As a child, Kathleen made jams and jellies, preserves, pickled fruit & vegetables, and learned to master the kitchen alongside her mother and grandmother who own a restaurant in Santa Barbara, California. As an adult, she was mentored by a long-time family friend who taught her about the various types of peppers. It was Uncle Berch who introduced her to their versatility in jam making. Her passion became sweet and spicy jams, and her mission became unstoppable. In every jar of jam, she incorporates the right amount of flavor and spice. Using fresh from the garden ingredients straight to the kettle, the flavors are intense and noticeably fresh. Kathleen's goal is to have you join her mission and share the jam. 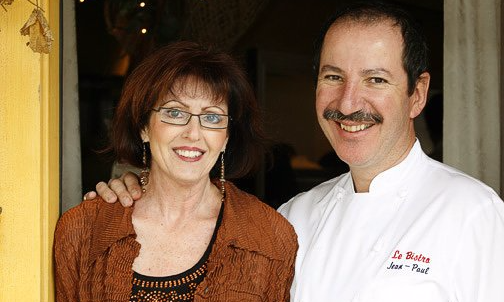 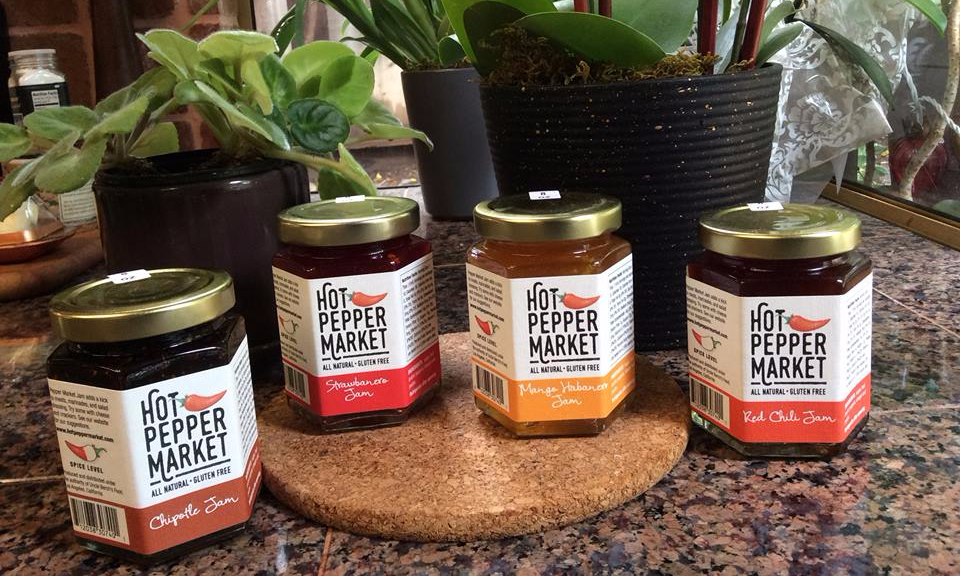 The Scoville scale is a measurement of the pungency (spicy heat) of chili peppers. Wilbur Lincoln Scoville, (January 22, 1865 – March 10, 1942) was an American pharmacist best known for his creation of the "Scoville Organoleptic Test", now standardized as the Scoville scale. He devised the test and scale in 1912 while working at the Parke-Davis pharmaceutical company to measure pungency, "spiciness" or "heat", of various chili peppers.

Using the table of 'heat', they have put on each of their Hot Pepper Market jams a pepper indicating how hot the jam is. Considering how 'HOT' they wish the jam to be, they use more or less of the pepper. 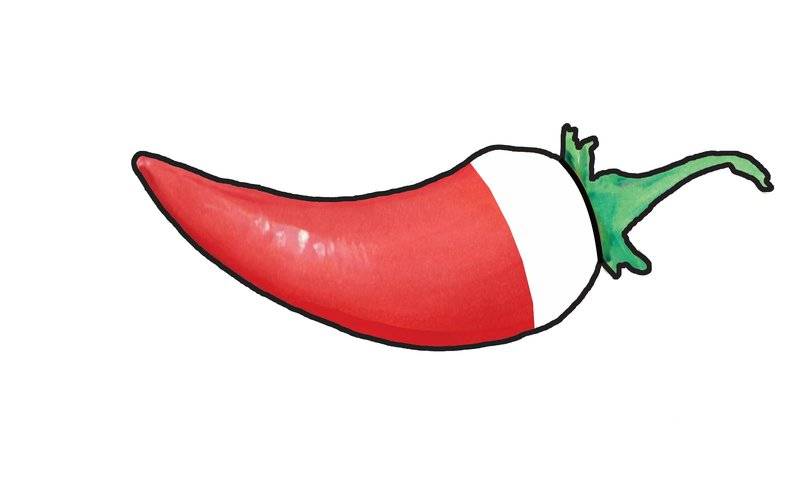 Mango Habanero is Hot Pepper Market's hottest jam. It's for those of you who like it 'HOT'! The flavor of the mango comes through yet the heat of the habaneros is very predominating. Noting the Scoville scale, you will see the habanero pepper is close to the top. 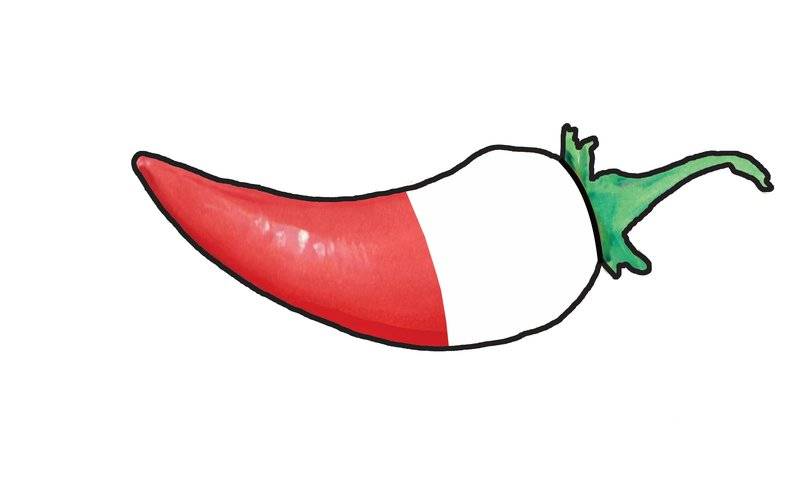 Hot Pepper Market Chipotle Jam is considered medium heat. On the Scoville scale it is between 5,000 - 10,000. Chipotle peppers are smoked jalapeno peppers. 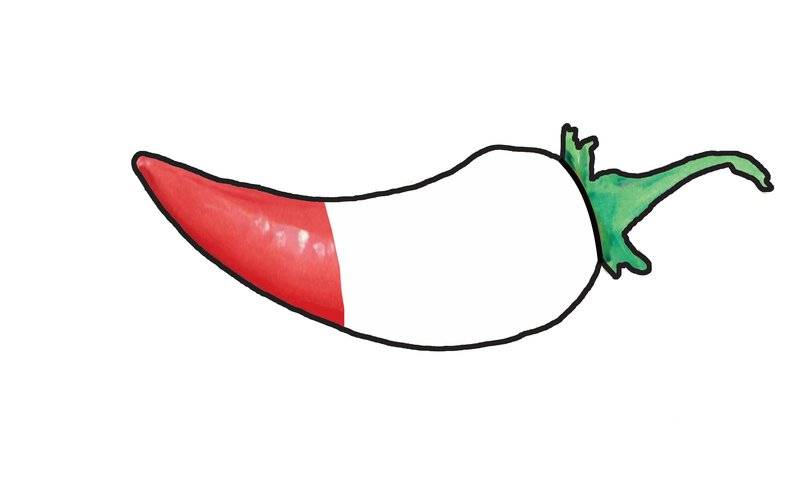 Hot Pepper Market Red Chili Jam uses 'Fresno chili', and is considered less hot. Looking at the Scoville scale you will notice it is rated between 3,500 - 10,000. Keeping in mind the quantity used and how they recommend using it, Hot Pepper Market held back the heat on this product. 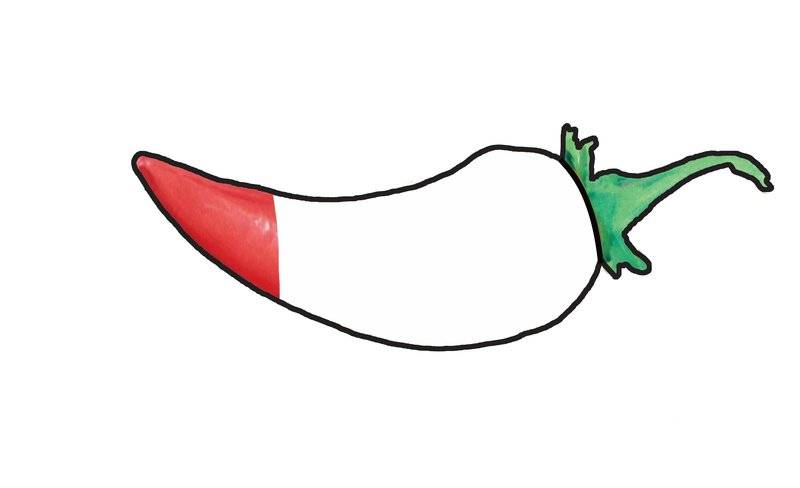 The Strawbanero Jam is mild. Even though the habanero is a very hot pepper, Hot Pepper Market used just enough to spice up the jam, yet made it enjoyable for those who don't like it 'HOT'. 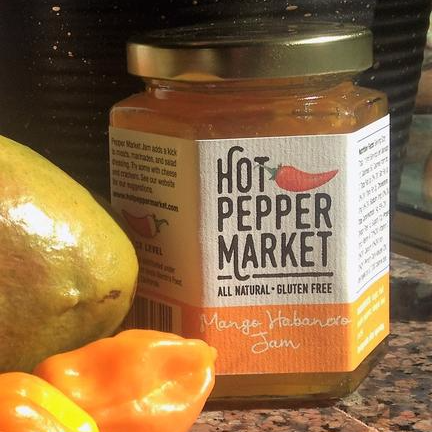 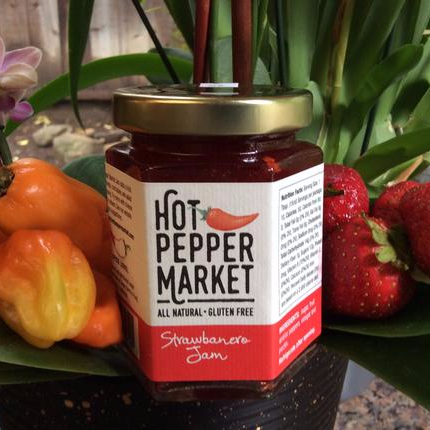 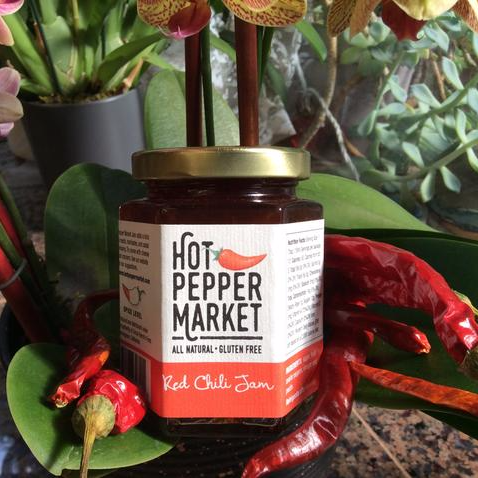 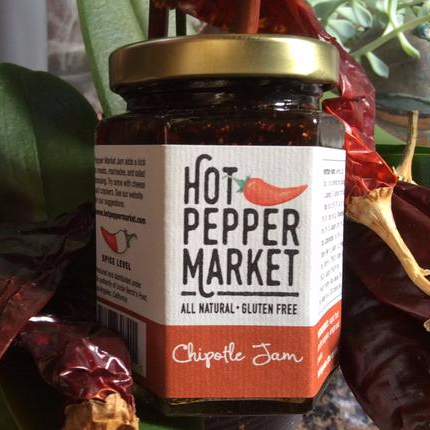