Mayana Chocolate is a destination, a new world of chocolate experienced in every flavor, every bite, and every ingredient. Award-winning Chef Daniel Herskovic uses only the best, freshest ingredients to create an uncommonly luxurious chocolate product.

All Mayana confections feature only organic cream, pure ingredients, and never any extracts. Supporting their craftsmen approach, the beautiful Mayana packaging pays homage to the lush chocolate growing regions. Mayana has found that chocolate is an amazing way to explore the world, and if you are looking for the very best in contemporary chocolate artistry, you need look no more! 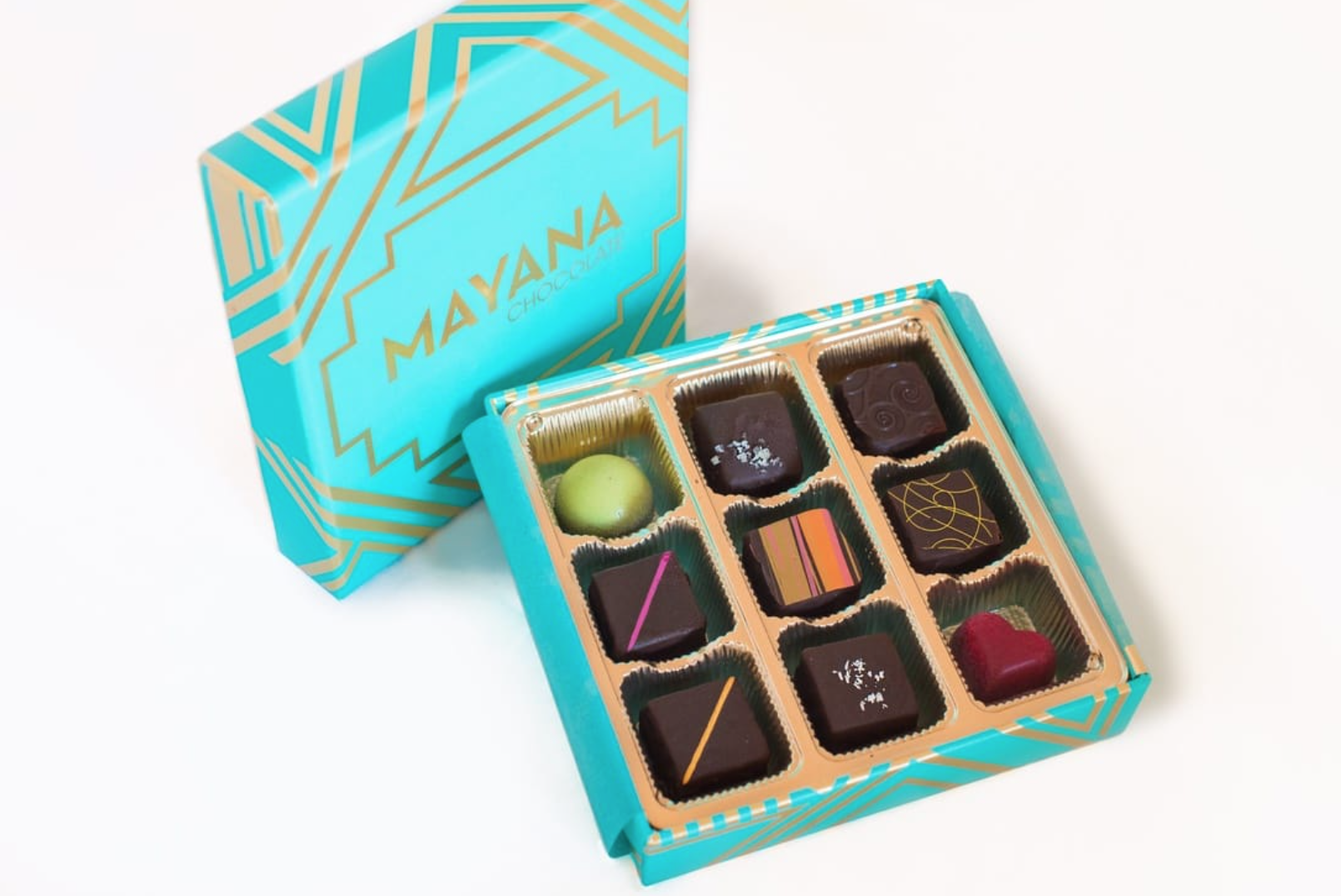 Mayana Chocolate is run by husband and wife team, Daniel and Tamara Herskovic, who are as in love with chocolate as they are with each other. Daniel takes world class chocolate, adds his culinary finesse and creates the edible treasure of Mayana. Tamara brings her interior architecture schooling and event planning career to design and radiate the experience of Mayana. She fashions the chocolate packaging and custom designs and brings warm communication to all clientele.

They formed both a partnership both in life and in the culinary world after they initially met working a dining event together. Daniel remembers that he was instantly won over by Tamara’s smile as she passed through the hallway that evening.

Tamara later went on to start a very successful event planning company in Chicago with well known clients in entertainment, politics, and industry. More recently, she has also followed through with another passion and received her 200 hour yoga teacher certification. 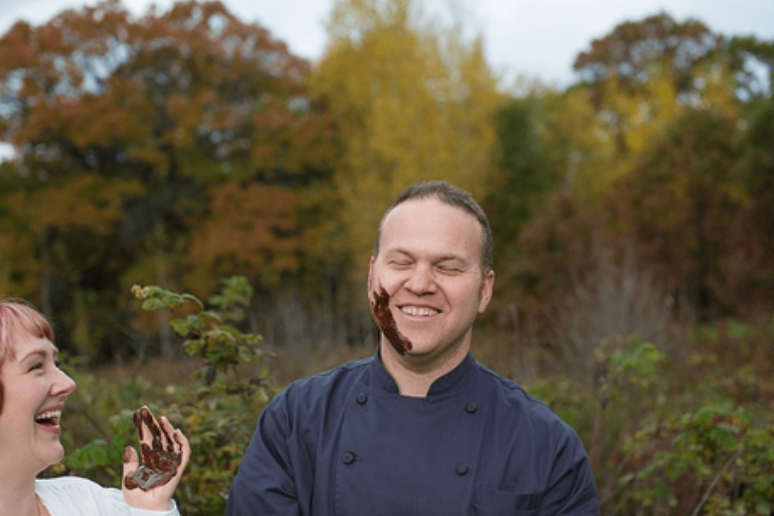 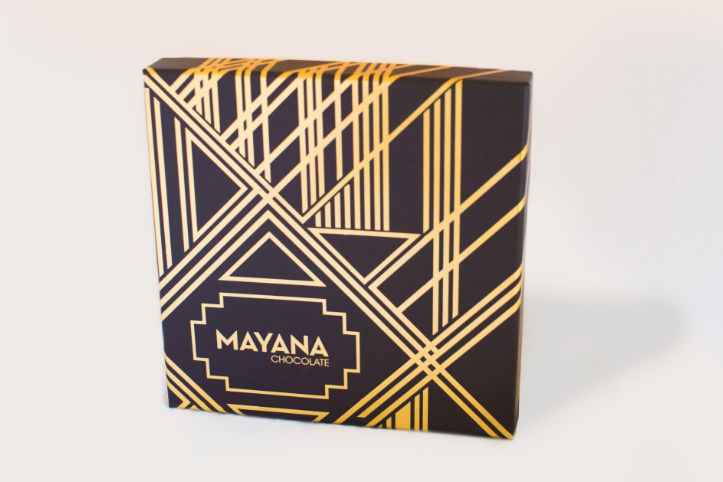 Daniel had already been building a chef career in some of the top restaurants on the three coasts of New York, San Francisco, and Chicago. He had recently launched his own private catering business and later, with Tamara, began to create elaborately orchestrated dinners for Chicago’s well known clientele.

After several years in the business, he decided that his catering customers would enjoy a post-dessert memento to take home. He loved the challenge that chocolate presented: difficult to temper, mercurial in texture, a living ingredient, changing character due to agriculture and processing techniques like conching. His first truffles grew to the size of golf balls, as he layered ingredient after ingredient on them. He needed some help from the masters.

He sought out and studied with the great chocolate luminaries of the United States and France: Andrew Shotts, Norman Love, Franck Kestener, Christophe Morel, Jerome Landrieu, and Lionel Clement. After many hours of training, Daniel’s truffles now became accurately sized and richly focused with inventive flavor and texture. Tamara helped Daniel adorn his creations with beautiful designs and they entered the Chicago Luxury Chocolate Salon in 2008. They went home with 7 awards that day including “Best in Salon” and “Most Gifted Chocolatier”. Mayana was officially a company.

When not busy with the long, exacting process of creating their chocolate gems, Tamara and Daniel exercise their passion for travel and world culture. They journeyed to Spain to walk the 350 mile Camino de Santiago pilgrimage route together. This both affirmed that their love for each other could outlast 700,000 steps. 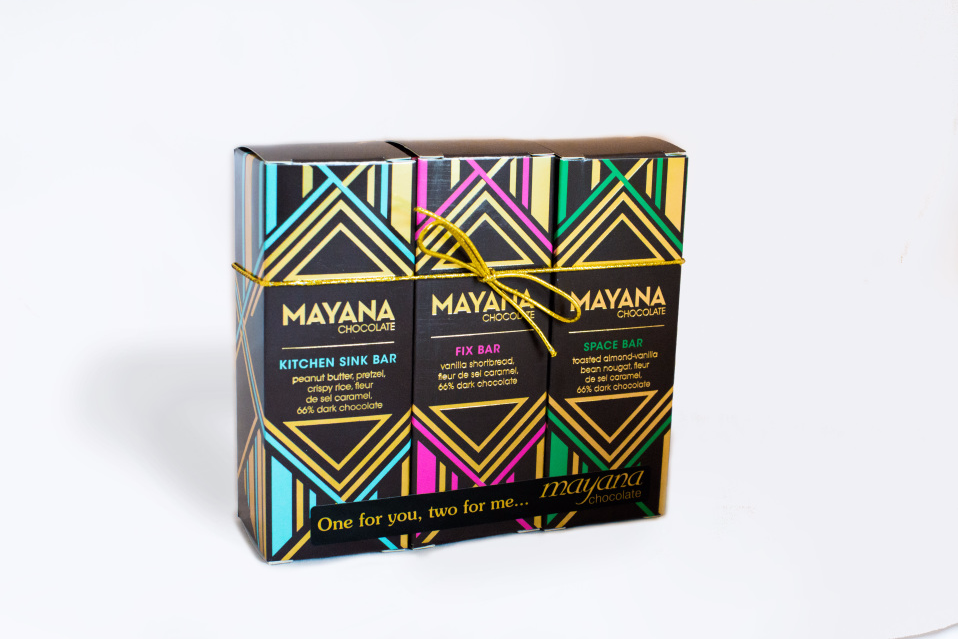 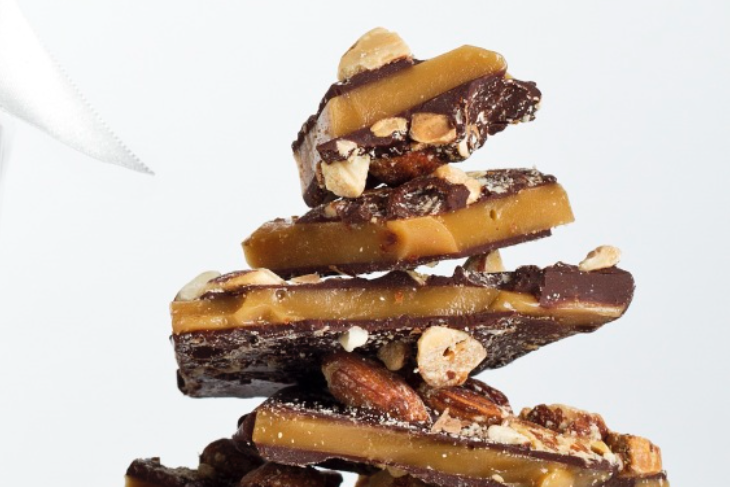